Defenders of the Klaus

Defenders of the Klaus
Coming to the App Store soon.
Sign up to Be Notified! 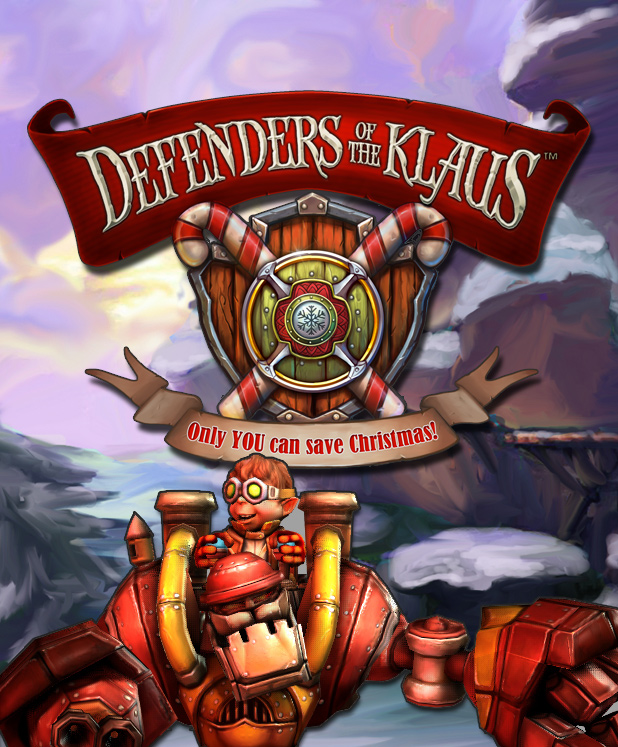 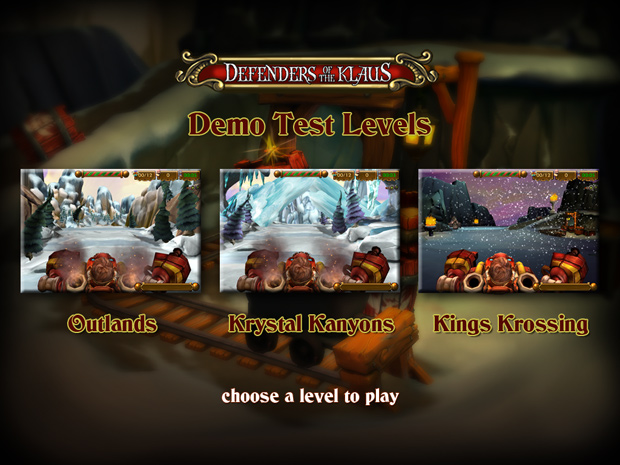 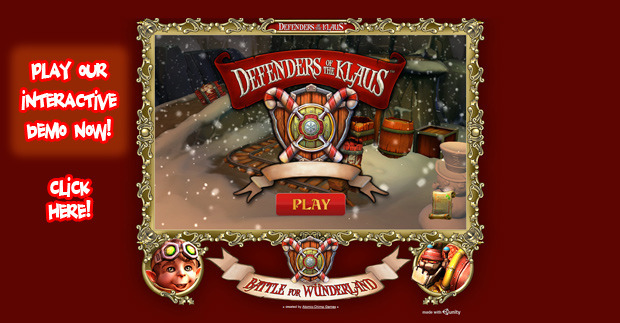 For a great many years, Santa has been warning the Orks of the North about their meanness. After all of his admonitions, with a heavy heart, he finally decided to put them on his eternal Naughty list. This made the Ork leader, Humbug, very angry. He has declared war upon the North Pole. "If the Orks will no longer receive presents, then neither shall anyone else!"

The Ork army of tanks will soon descend upon Santa's Wurkshop to prevent Santa from delivering his presents and to stop him from spreading Joy to the World.

The elves need your help to defend the North Pole while Santa gets his sleep for his all-important delivery...only YOU can save Christmas!

Use a mechanical "Mech" robot, named the Kringle3000, operated by a tinker elf named Sprokket who created the amazing defender.

Try out our gameplay demo by clicking on the "Demo Test Levels" image at the left.

Or take a close look at the mineshaft mini environment in an interactive demo by clicking on the "Interactive Demo" image at the lower left.